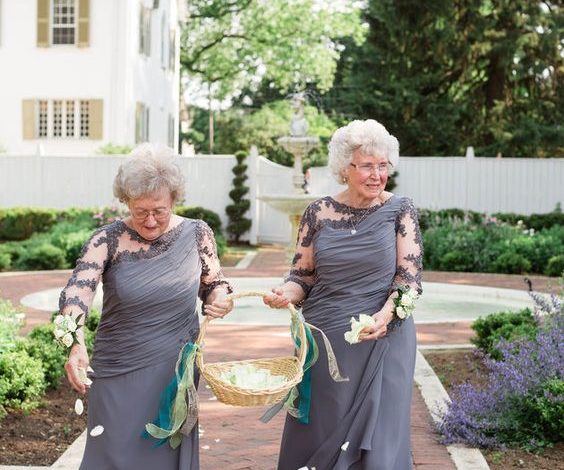 Get Granny in the Bridal Party

When it comes to weddings these days, the idea of keeping to tradition or in with convention is thankfully on the wane. Today couples are going for weddings that reflect them as individuals and their families. They are no longer bound by having to get married in churches, or even indoors!

Different venues, faiths and arrangements are opening up whole new worlds for weddings and truly nothing is out of reach when it comes to your wedding dreams.

And one trend that’s really caught my eye in recent years is to have you grandmother serve as your bridesmaid or flower girl! It’s a truly heart-warming move that’s becoming more and more popular.

The online world went into a frenzy recently when stories surfaced of brides asking their grandmothers who were in their 80s or even 90s to be their grandmothers. It’s not only captured people’s imagination, but it also was as if a lightbulb collectively went off in many a brides head! Often we are very close to our grandmothers and if we’re lucky enough to have them around when we do walk down the aisle, then it makes perfect sense to get them involved. Before you go off gung-ho to ask though, do make sure it’s something your grandmother would be comfortable with. Otherwise think about creating a special role for her (see below)

The role of bridesmaid can be a little full-on for some grandmothers, so if she is not keen to be a bona-fide bridesmaid or you already have a full complement of bridesmaids but still want your granny to be in the mix, then why not ask her to be a flower girl? If you’re lucky enough to have two grandmothers who are willing, then they not have them both walk down the aisle with some bespoke baskets and petals. 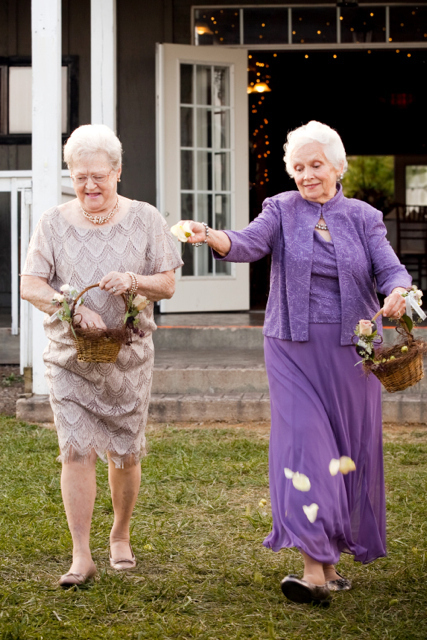 Weddings can sometimes involve politics especially when it comes to choosing bridesmaids, groomsmen, and flowers girls. So if you’ve already got these positions filled, but you still want to have your grandmother involved, then why not create a special role just for her? Why not have her lead the procession down the aisle? She would walk first, then the flower girls, then the bridesmaids, followed by the bride! In fact, it would be a wonderful way to have the matriarch of the family kick things off. 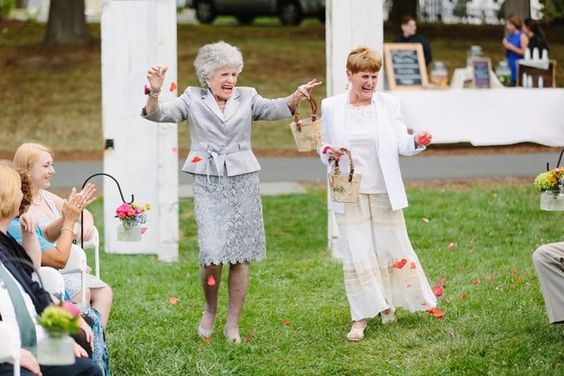 Why Not Get Grandad Involved?

There’s no rule that says getting involved in the bridal party is just for the grannies! Why not have grandad serve as an usher or groomsman on the big day. Or why not have him and granny serve as de-facto flower girls either? 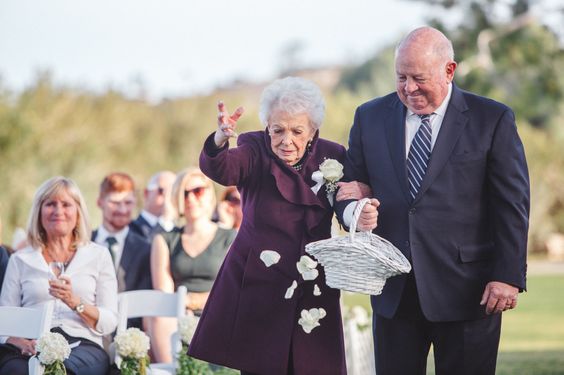