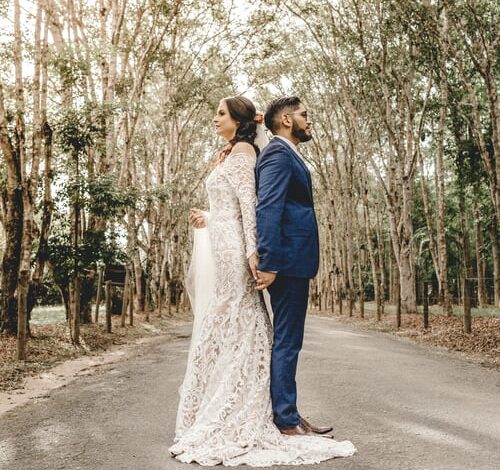 The First Look Pros and Cons

Last week we chatted about the rise of the Escort Card and this week we’re looking at another wedding trend that’s come from the other side of the pond, namely the ‘First Look.’ For any bride or groom who are active on social media, and sites such as Pinterest, they’ll no doubt have seen lots of talk of this new phenomenon. But what is a ‘first look? Simply put, it involves the bride and groom sharing a quiet moment and seeing each other before the ceremony with a ‘reveal’ set up which is generally caught on camera.

It can be a lovely idea to consider and has plenty of positives, but of course, there are many reasons why couples would prefer to stick to the traditional route of seeing each other for the first time at the top of the aisle. Whichever you choose to do, it will be a special moment, but make sure you decide on an option for the right reasons and what you both want, rather than just following a trend.

If you’d like to chat about any aspect of your wedding planning, then please get in touch.

The Pros of the ‘First Look.’

There’s plenty of reasons why the ‘first look’ has become a super popular phenomenon in the United States and has spread to this side of the Atlantic. Here’s just a few to consider.

Break The Mould – The ‘first look’ gives you an opportunity to break with convention, which for many brides and grooms is exactly what they are looking for and if following the same old traditional route is not your thing, then a ‘first look’ is perfect. It can really help to give your day an extra special and unique dimension to it.
Photos – One major plus is the photos. You will have a huge amount of control as to how you want to set up the reveal. Just Google a ‘first look’ and you’ll be bombarded with a horde of creative ways to do your ‘first look,’ everything from standing on different sides of a door, to a tree, to blindfolds to even using a bunch of balloons! The sky is the limit on it and it’s perfect for those who love to be super creative. It may also free up some time post-ceremony as you’ll already have lots of photos in the can
Nerves – Finally nerves can play a huge part in your wedding day and walking down the aisle can be one of the scariest parts. So if you don’t want your nerves to overcome you, opting for a ‘first look’ is one definite way to ensure you’ll be calm and relaxed for the aisle. Also you’ll have the private moment between both you as a couple, minus the guests. 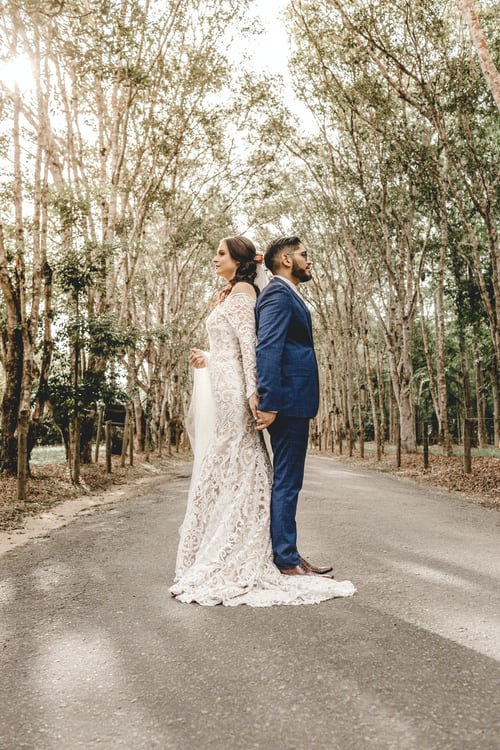 The Cons of the ‘First Look.’
The ‘first look’ may have its pluses, but for many couples, the traditional route is still the more preferred option. Here’s some of the reasons why a ‘first look’ may not be for you.

Anti-climax – Going for the ‘first look’ can mean you end up losing the magic of waking down the aisle and seeing each other for the first time. The whole aisle part can just end up being a bit of an anti-climax, when really it’s something you’ve been both looking forward to as a couple for many months and sometimes even years.
Staged – While the ‘first look’ is supposed to capture the reactions of both parties when they see each other for the first time, it can sometimes feel a bit staged, with the photographers and possibly videographers lenses on you as you wait to capture this ‘private moment.’ Of course they will also have their lenses ready if you decide to wait until you walk down the aisle, but in truth with the gaze of the guests and everything else going on, a good photographer wont even catch your eye as he or she quietly takes position and captures the natural reactions of you, your husband or wife to be and the guests.
Tradition – Finally, there is the old notion of tradition. Tradition is not necessarily a bad thing and there’s no sense in breaking with it just to follow a trend if you’re not 100% happy. If you’ve dreamt of walking down the aisle and seeing your partner for the first time, then why not just stick with it and enjoy the special moment. 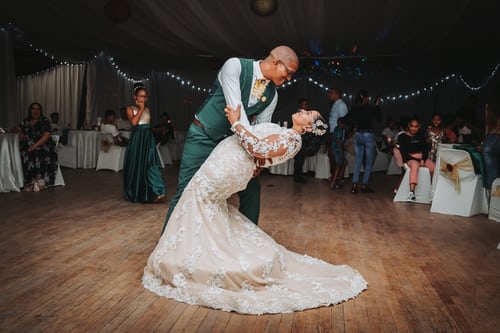