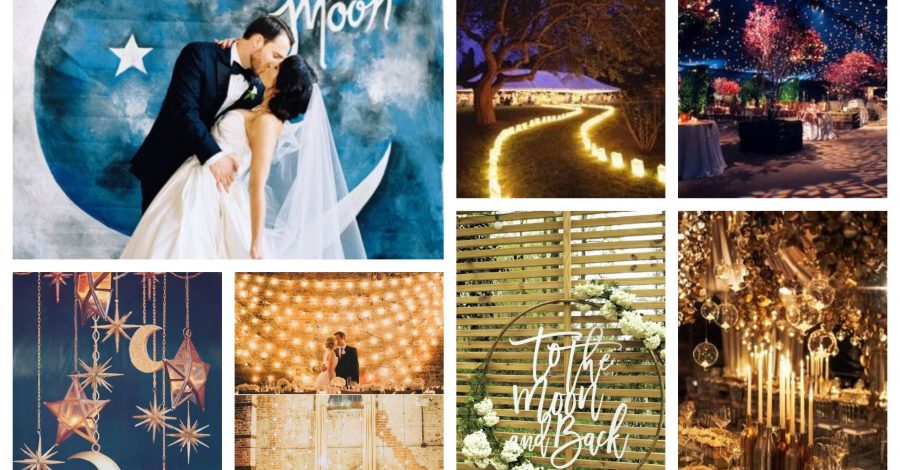 We all feel as though our love is written in the stars, especially on our wedding day, so why not bring some of that celestial vibe into your décor?

Think geode cakes, stars, fairylights, moons, star signs and everything to do with the night sky in this beautifully romantic on-trend theme.

Not only is it ideal for the romantics out there, but if you have a shared passion for astrology or star-gazing, then it’s the perfect way to bring your personality into the wedding day décor.

It’s an obvious place to start, but decking your venue out with stars is going to look superb. Think of getting some paper stars or star lights to hang from the ceiling or over the dancefloor. Why not string them horizontally as a DIY photo or ceremony backdrop? 3D Stars that can stand on their own will look superb arranged on the tables as centrepieces interspersed with lanterns. 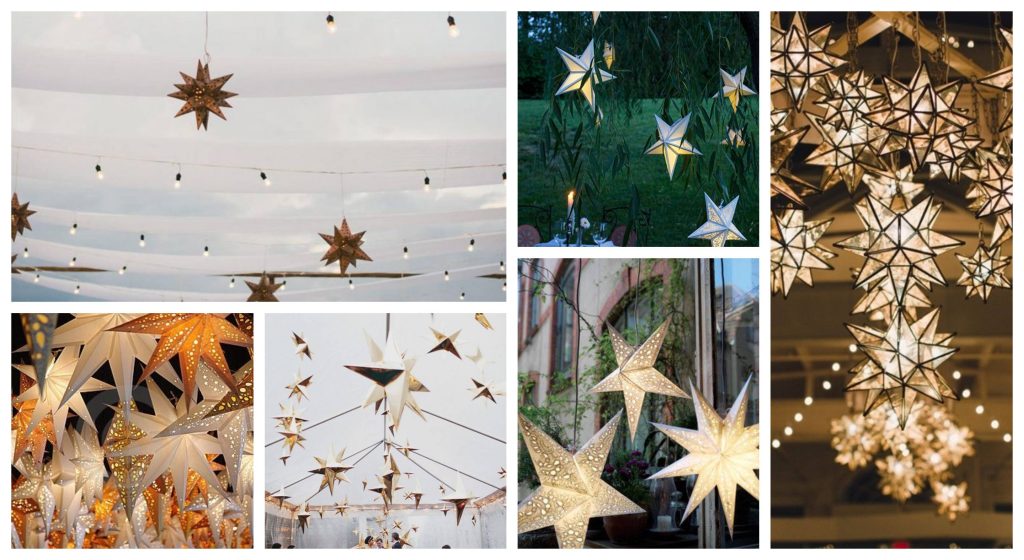 Bring the night sky into your venue with lots and lots of fairylights and you’ve got it! Throw in a procession of tealights along hallways, hanging tea lights and lanterns to get that starry eyed feel. Don’t forget the moon too! Why not create a moon style backdrop for photos, invest in night sky coloured plates for table settings. And there a huge number of night sky and star related quotes that would be ideal for signage around the room. 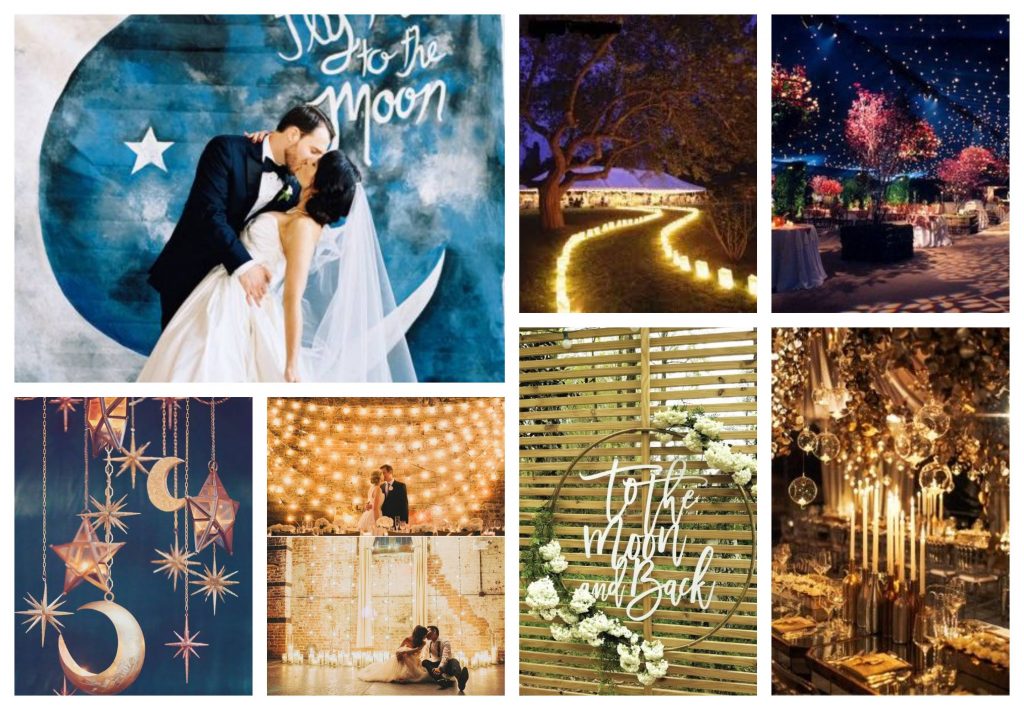 Why not name your tables after constellations or star signs? Use star charts for your table plan and or give each guest a custom horoscope or astrological themed item as their wedding favour or escort card. Bring your star signs or favourite constellations to life in your table centrepieces too. 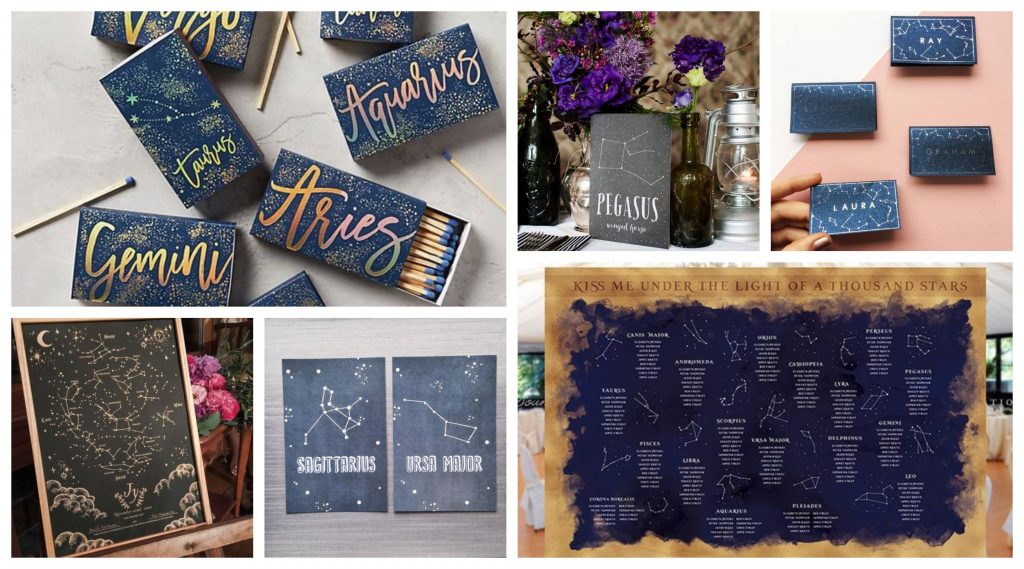 Geode cakes are a big trend right now and it’s not hard to see why, they are simply stunning. Chat to your cake maker about the sort of theme you are going for and the colours you’ll want to use. The main thing to keep in mind is that it should give off that textured geode feel. If that’s not your thing, then why not go for a high mirror shine on your cake to give it that unmistakable night sky look? 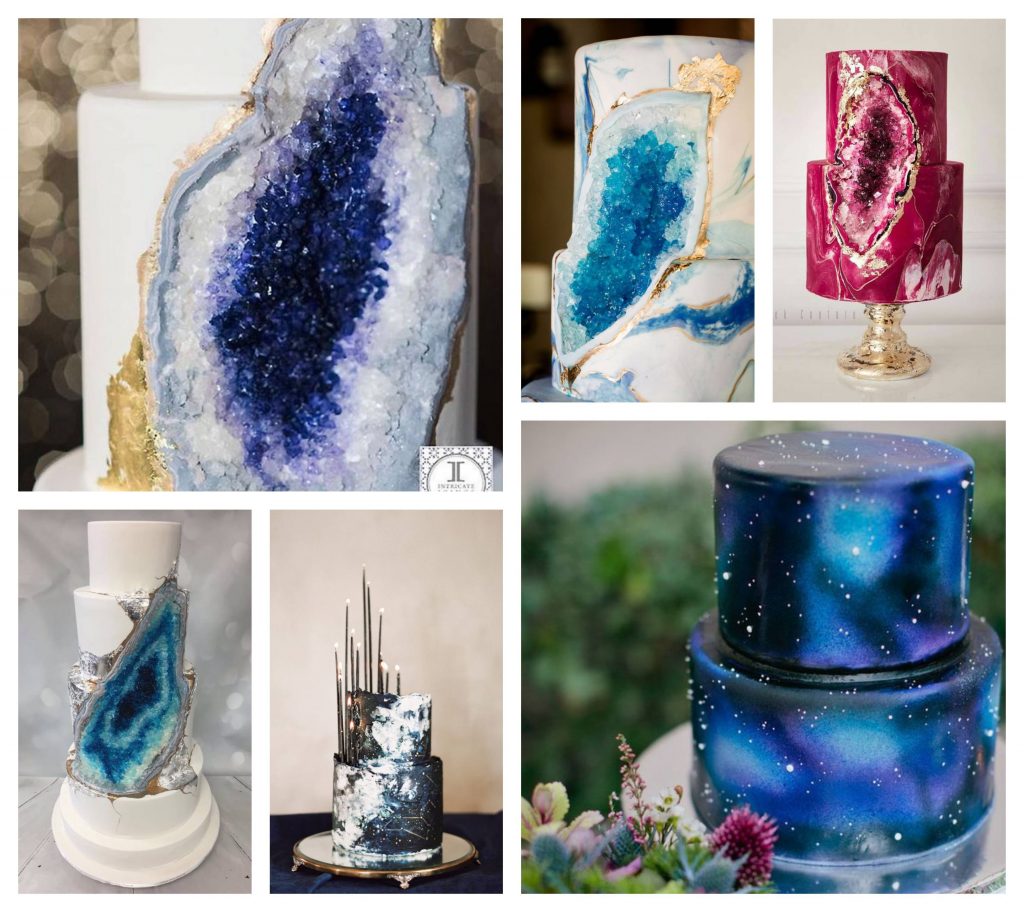 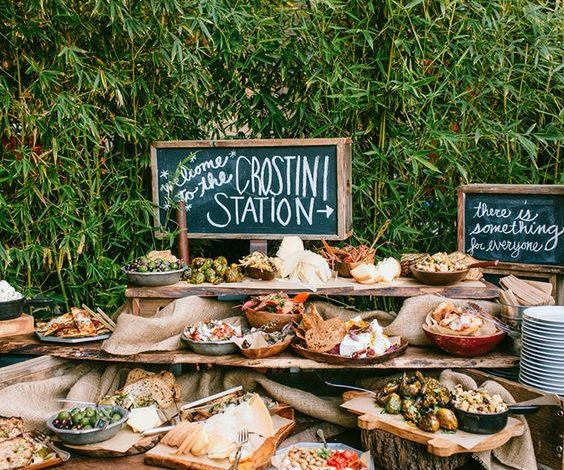 Gone are the days when weddings were centred around a sit down meal. Of course, for many that is still a focal point of the evening celebration, however the way in which we present the food experience to our wedding guests has evolved.

Today, it’s all about interactive food and whether you decide to have that as the main meal or just incorporate it into your pre-meal canapes, your dessert table or late night snack, it’s a really on-trend way to get your guests involved in their food.
And they sky really is the limit when it comes to ideas. You could keep it simple and have one main element, such as a chocolate fountain, or go all out with donut decorating stations, sliders, dessert tables.

Pre-Meal Ideas
These days many couples have trays of canapes for guests when they arrive at the reception. Weddings can be a long day, so it’s nice to be able to offer them a little something to keep them going. If you want to inject a little more fun into proceedings, then why not supplement the canapes with something like a chocolate fountain? Or instead of canapes why not have some small food stations set up, such as sushi, crepes, build your own crostini or some Italian inspired antipasti filled with meats and cheeses? 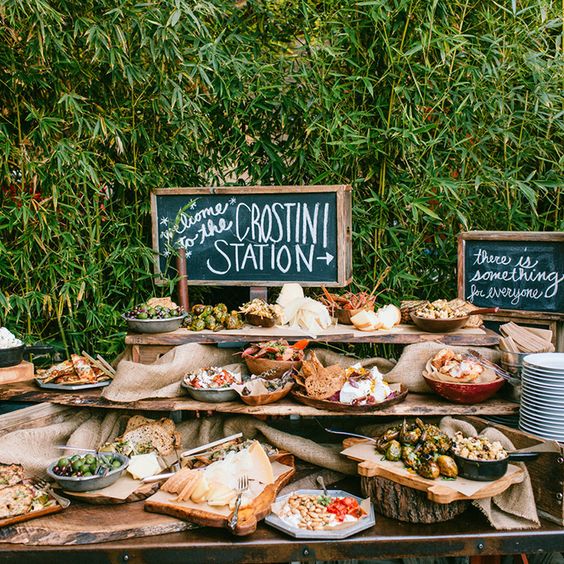 Dessert Tables
We all know the cake is still a showstopper and traditional part of the wedding and by having a dessert table it doesn’t have to diminish the importance of your cake, but let’s face it who doesn’t love sweet treats? So why not add pick ‘n’ mix station, donut, cookie or cupcake decorating stations? Plus if you have kids at the wedding they are going to just love this. 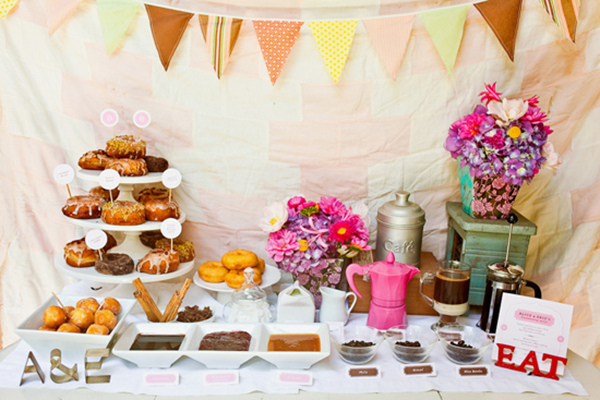 The Late Night Snack
After a couple of hours of bopping on the dancefloor, guests tummies can be rumbling, so instead of the old fashioned sandwiches and cocktail sausages, why not mix it up with some more interactive ideas? What about pizza stations where guests can choose slices, or slider stations where they can create their own mini burgers? Nachos and tacos are another super customisable treat. 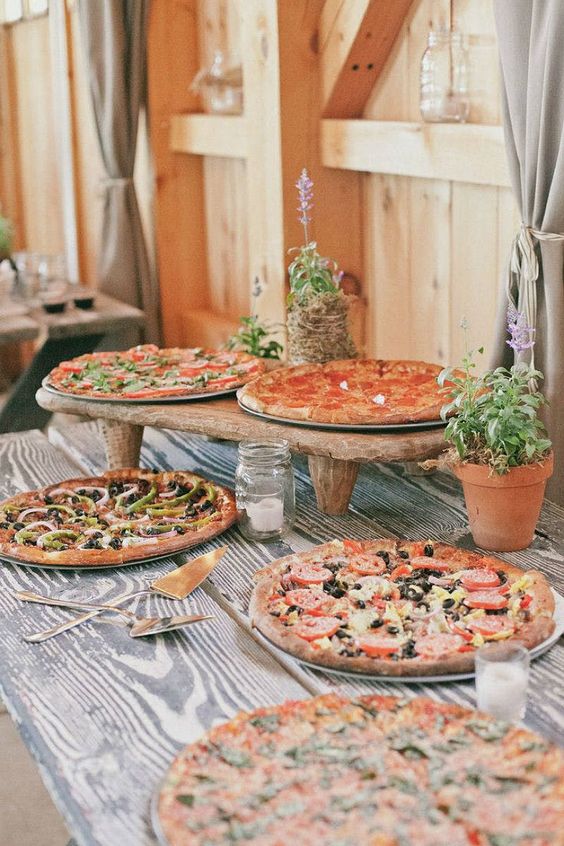 Drinks Stations
Don’t forget the drinks too! Prosecco stations or cocktail making stations where guests can get creative with the help of a mixologist are a super idea. For the non alcoholic choices, you could have hot chocolate stations with a variety of toppings guests could add, as well as lemonade stations which could be adorned with fruit and umbrellas, again huge fun for the kids. 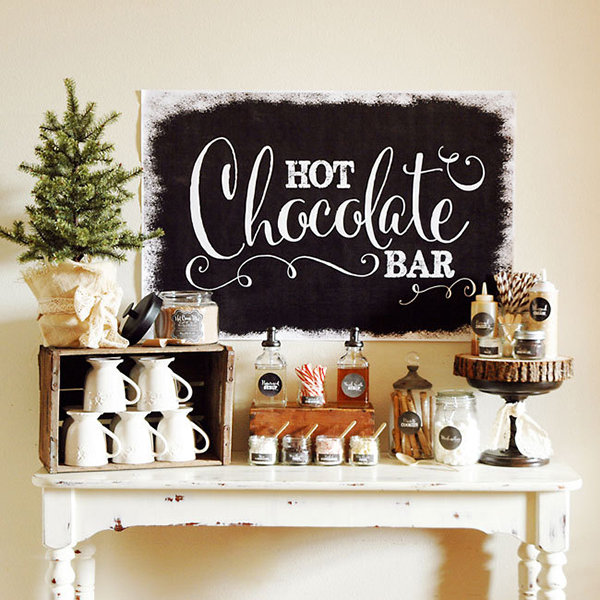 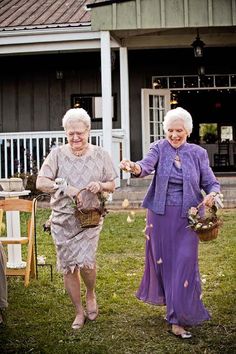 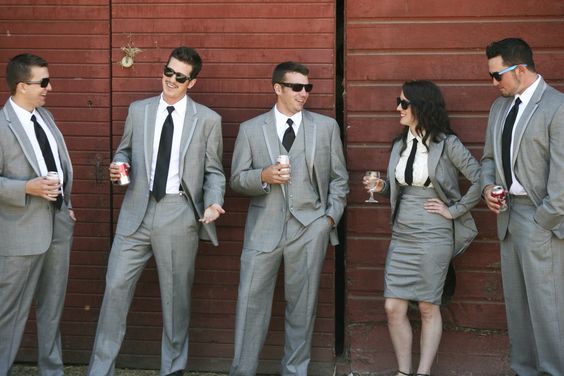 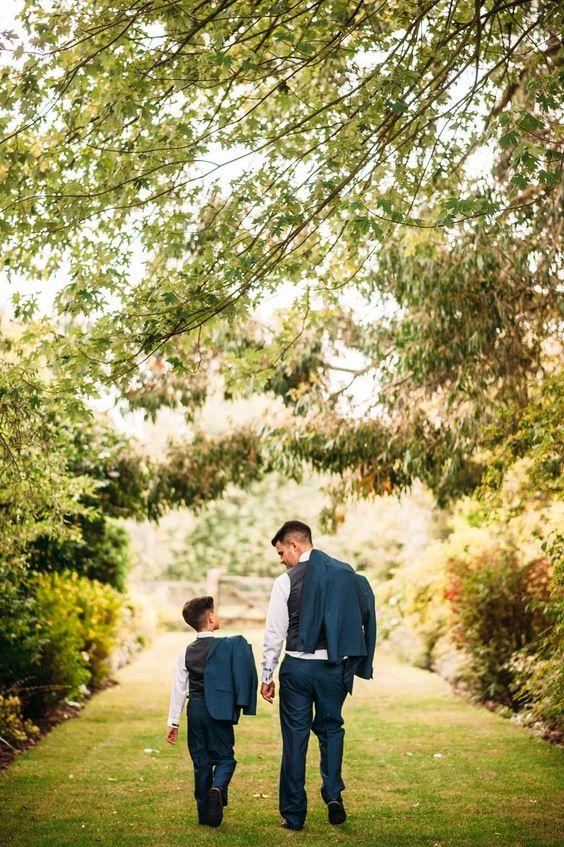 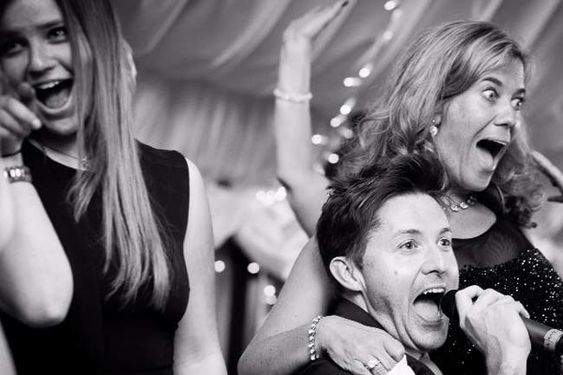 Wedding entertainment is a key part of the planning and success of the day. You tend to spend lots of time going to see bands, or getting recommendations from friends or family about groups who play fantastic music and will entertain your guests all night long.

A band and DJ are generally the accepted norm in terms of entertainment, but now there’s a move toward adding a few more surprising styles of guest entertainment into the wedding day. Be it at the drinks reception, during the meal or for that lull after the meal and before the band starts.

Think sketch artists, roving street style magicians, comedians or even tarot readers. The best part is, it will be a great surprise for your guests who won’t be expecting it.

Here’s 8 ideas to get your creative juices flowing. In the meantime, don’t hesitate to get in touch with me directly if you wish to chat about any aspect of your wedding planning and décor. 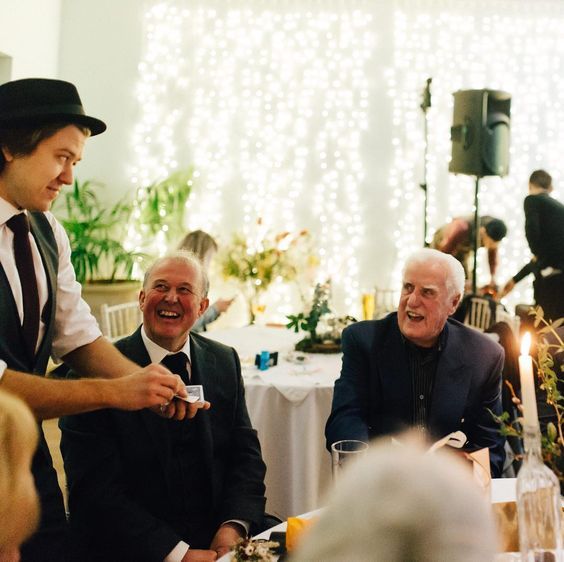 A sketch or caricature artist is not only a guaranteed to be fun for guests, but it will also leave them with a keepsake from your big day which they will hopefully have for years to come. 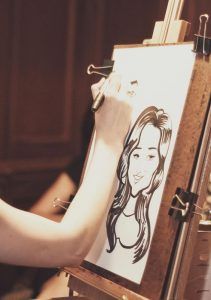 Laughter is one of the best ways to break the ice, so think about having a comedian come in and do a short set at the drinks reception or even during the meal to get everyone relaxed and laughing.

This is a superb surprise and a great way to add some theatre to the meal, plus it is a super ice breaker for guests if they are on mixed tables.

Have you and your partner go a celebrity you both love? Then maybe think about hiring an impersonator to mingle with guests and pose for photos with them during the reception. The key to this being a success is not to let anyone know you’ve planned it.

Why not have dancers or mini flash mob put on a performance as your guests enjoy the drinks reception or after the meal?  It will be a very unexpected and an ideal way to get everyone happy and ready to dance!

A tarot card reader or fortune teller is a really quirky way to get your guests relaxed and ready to enjoy themselves. Why not have the fortune teller set-up in the venue during the drinks reception and encourage guests to go and have their fortune told. 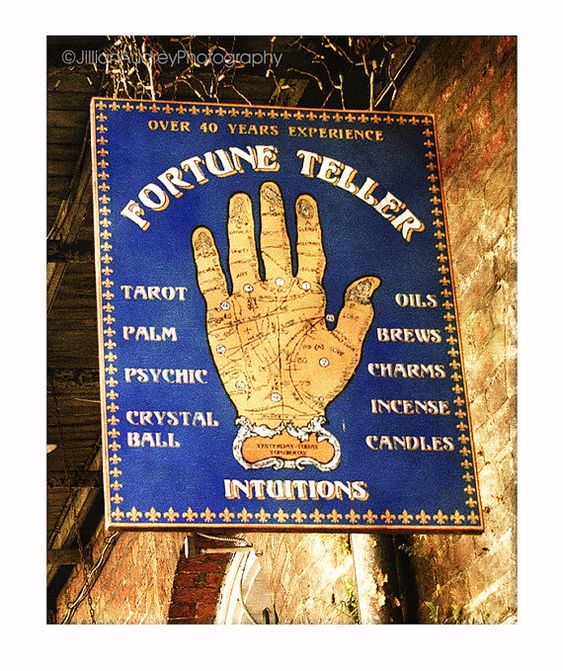 This is huge fun and your guests will get to feel like celebs for the day! Why not have the faux paps waiting to snap guests as they arrive into the venue or the reception room. It will also be a great keepsake for them.